We are so excited about this new rule that we cannot wait until it is published in the Federal Register to write about it. The USCIS began taking comments yesterday. We encourage our readers to submit their thoughts to USCIS, the crucial impact of this program cannot be underestimated. You can read about the proposed rule and send them your comments by using the green button in the upper right-hand corner. They will be taking comments until October 17, 2016. at which time they will begin addressing the comments. The rules will not become final until the date specified in the final rule, which will be published in the Federal Register.

This program for international entrepreneurs is similar to the EB-5 program in terms of its focus on economic growth and job creation. However, the threshold is much easier to fulfill. It focuses on provisions to startup founders, so the regulations require little resource to be granted parole. Here, we would like to provide some highlights of the program and the reasons for our excitement. 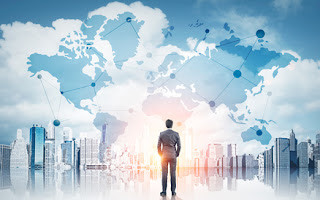 In order to be a parolee in the program, you must have formed a startup entity recently. The USCIS defines "recently" to be within the 3 years preceding the start date of the filing of the initial parole application. Additionally, you must have "lawfully done business" since the creation of the startup entity. USCIS will also analyze the startup's potential for rapid growth and job creation. While we specialize in immigration, if you have any questions regarding entity formation, we are also able to offer advice.

The second requirement is that USCIS requires the applicant to show that he/she is an entrepreneur of the startup company. This means that he or she "(1) possesses a significant (at least 15%) ownership interest in the entity and (2) has an active role in the operations and the future growth of the entity. The last requirement is that you must have received significant "investment from established U.S. investors or government funding. In order for the investment to be "significant," the capital invested must total $345,000 or more from established U.S. investors (such as venture capital firms, angel investors, or start-up accelerators). Alternatively, you must show that your startup has received government grants totaling $100,000 or more. However, these numbers are not strict requirements.

Two: Flexible Funding Requirements
According to the proposed rules, partial government grant or private funding under the dollar amount threshold is allowed if the applicant can bring additional "compelling" evidence that the entity would provide a significant public benefit to the U.S. "Public benefit" seems to hinge on whether the entity shows a substantial potential for rapid growth and job creation.

Although USCIS has not provided examples of evidentiary documents in the proposed rule, we are closely tracking the future publication of any policy guidance memorandum regarding this rule and will update the public accordingly. We presume that in order to show an entity's potential for growth and job creation, the evidence will involve economic analysis similar to the requirements to show potential for job creation in an EB-5 petition, though at a lower standard of proof.

Three: Continuation of Parole
Under the proposed rule, the initial grant of parole is for 2 years. However, USCIS will grant a continuation of parole for another 3 years if the applicant can demonstrate that the startup entity has continued to operate soundly for the last two years and will continue to operate as such into the foreseeable future. The applicant must also continue to be an entrepreneur in that they own at least 15% of the entity and has a crucial managerial and operational role in the business entity. Specifically, the applicant must be able to demonstrate that his/her entity has show signs of significant growth since the initial grant of parole and will continue to sustain rapid growth and job creation. 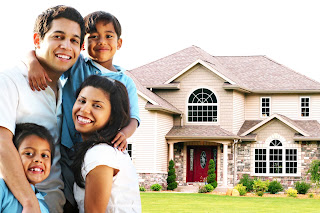 Four: The Rippling Effect
With parole, the entrepreneur's spouse and children will also be able to stay in the U.S. while the entrepreneur builds his/her business. Their spouse will be able to work and earn a living, so that the entrepreneur can focus his/her resources on the startup entity to grow the U.S.economy in the long term. Their children would be able to attend some of the world's best schools here in the U.S., which in turn, would provide for the most potential for keeping many generations of the best talent in the U.S.

Five: Focus on Economic Growth
Recall our post about the Start-up Visa, this program is not quite the Start-up Visa, but it is vastly similar. All the reasons I mentioned in that article, regarding stopping the brain drain, encouraging innovation, and the contributions to economic growth would of course also apply here.

Contact our law firm if you have any questions regarding this new rule. We will be keeping a close watch on its developments.
Posted by Unknown at 8:53 AM