Ombudsman Recognizes Immigrant and Non-Immigrant Employees Should Have Standing, No Guidance From USCIS

The Office of Citizenship and Immigration Services Ombudsman (the "Ombudsman") presented their 2016 annual report yesterday. Our office aims to highlight one unsettled issue regarding the rights of the employee to have standing as the beneficiary in the I-140 and H-1B petitions. We have received numerous inquiries from beneficiary employees regarding their rights and their lack of information about their own cases. At this time, unfortunately, we must continue to reluctantly turn them away by stating that they have to communicate their issues with their employer. 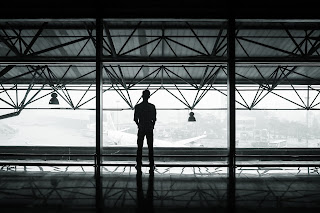 USCIS must be made aware that deciding whether the employees have standing in their own cases is a pressing issue and must move forward on providing guidance to the stakeholders.

In the event that the petitioner-employers fail to cooperate with the beneficiaries in providing notices or answering the Requests for Evidence (RFEs), then the beneficiaries are left in the dark about their immigrant statuses. Without this information, beneficiary-employees would be unable to make informed decisions about their lives. Decisions that U.S. Citizens take for granted, such as where to move to next month, do I need to go to another country, where would my children go to school, would be on hold for them.

While the Ombudsman is aware of this issue, USCIS still has not moved forward in determining how immigration attorneys can advocate for beneficiary-employees when their employers are refusing to cooperate.

Legal Support For Employee's Rights
The America Competitiveness in the Twenty-First Century, S. 2045 Act (AC21) and The White House Report, Modernization and Streamlining Our Legal Immigration System For the Twenty-First Century, published July 2015 (the Modernization Report) both support the idea of providing the beneficiary-employees with the right to receive notices directly from, and to respond directly to, USCIS.

AC21, Section 106(c), specifies that an "alien has the right to receive a notice of action on an I-140 once an accompanying adjustment of status has been pending for 180 days or more. Furthermore, once this right to notice vests, an alien may provide evidence in response to a request for evidence or notice of any other adverse action on the underlying visa petition." Additionally, even if a beneficiary changes employers, any unadjudicated adjustment of status that has been pending for at least 180 days will continue to be the basis for permanent residence. The AILA-USCIS Benefits Liaison Committee Memorandum, published March 18, 2004, explains that "so long as the initial petition was bona fide and non-frivolous, no further inquiry may be had regarding the employer’s ongoing ability to pay or intent..." 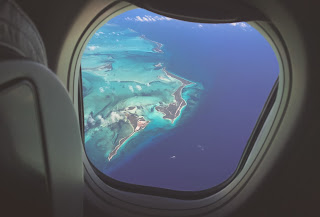 The Modernization Report states that "[w]hile waiting for these immigrant visas, many nonimmigrant workers may be effectively prevented from changing jobs or receiving promotions, thus hindering natural career progression and the ability to make other long-term life plans. This stagnancy for years on end not only negatively impacts the beneficiary’s economic stability, but also impacts the economic growth of local communities and our nation." Thus, allowing the employees more power in their own immigration processes would allow more employee mobility, which would lead to increases in this country's economic growth.

As such, both the AC21 and the Modernization Report recognizes that employer-employee relationships may breakdown during the time that it takes for USCIS to adjudicate the I-140 and the adjustment of status. Furthermore, to prevent the employee from working on his/her own case or to prevent him/her from searching for another employer without jeopardizing his/her immigration status is to keep him from the simple liberties that U.S. Citizens often take for granted, the freedom of employment mobility, the freedom to determine what happens to their lives and the lives of their families.

Our immigration law office continuously receives inquiries from employees regarding what they should do when their employer-employee relationship breaks down and they want to find another job. There is currently no progress towards allowing them to independently get notices, talk to USCIS regarding their petitions, or answer their RFE's, We join the Ombudsman in urging USCIS to move towards allowing the employees themselves to take action for their cases and to give the employees a voice.