EB-2 and the NEW Entrepreneurs' Standard for National Interest Waiver

Here, the lawmakers came up with something better - modifying the standards to something where an adjudicating process is already set, but providing flexibility for entrepreneurs just like those provided for in the Parole Rule. And the best parts for this rule are (1) it gives you a shortcut to Legal Permanent Resident Status rather than just simple permission to be in the country, which would need to be renewed every few years and (2) No need to obtain government or private grants!

Background
Traditionally, before an employer can petition a foreign national to work for them in the U.S., they must prove that there is not a sufficient number of U.S. workers that are willing and able to fill the position. Alternatively, a foreign national may self-petition without a job offer if he/she can show that allowing him/her to work in the U.S. would be beneficial to the national interest, thus USCIS should grant a national interest waiver to him/her.

However, the old standard for granting the National Interest Waiver was ambiguous and unworkable. The NYSDOT case looks to whether the petitioner has shown that the area of employment sought is of (1) "substantial intrinsic merit," (2) that the benefit to the country is "national in scope," and (3) national interest would be adversely affected if the labor certification were required for the foreign national. NYSDOT, quoted in Dhanasar, 26 I&N Dec. 884 (AAO 2016).

Dhanasar: A New Case
The new case, published on December 27, 2016, Dhanasar's importance lies in that the the Department of Homeland Security has finally recognized and put into practice that local and regional endeavors could have national importance (think Amazon and Google). but unlike the civil engineer who works on highways that span all over the country in NYSDOT, technological advances would not be "national in scope," at least not initially. This decision now leaves room for local and small-businesses to argue their merit. 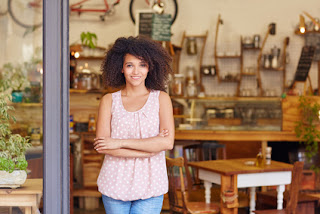 The rule's first prong focuses on the "national importance" of the foreign national's endeavor, rather than the "national in scope" requirement. This moves away from the geographic factor and towards less quantifiable, but more discretionary factors, such as the potential to provide jobs for U.S. workers or the "potential to create" "significant economic impact." Recognizing that all types of work could have national benefit, the case enumerated a wide range of industries to be considered: "business, entrepreneurism, science, technology, culture, health, or education," these all could have "substantial merit and national importance."

The second prong, that he or she is well positioned to advance the proposed endeavor, should be easily met for our international entrepreneur clients. We suspect that someone who owns their own business and manages the day to day operations would know the ins and outs of how their business functions. Thus, an entrepreneur who started his own business would, of course, be "well positioned" to advance that business and achieve success. While this prong could be easily fulfilled for an entrepreneur, how we present these facts to USCIS will still significantly affect how quickly your petition will be approved.

However, as mentioned, these are just examples of factors. This law is fairly new, so even if these factors weigh against you, there may be new factors that the Secretary will consider if the suggestion is sufficiently compelling. This is where hiring the right attorney is extremely important. It should be quickly noted that the I-140 portability rules would also apply in this case, to allow you to stay here while your application is pending. Contact us today to learn more about this rule and to see if you qualify. We are as excited about this new rule as we are about giving you a peace of mind to stay in the U.S. and bring your ideas to reality.